Stephen is the lead lawyer of Bernstein Law Group and has been practicing law for over 30 years now. He is an experienced criminal defense lawyer handling a variety of complex litigation cases and also specializes in mental health law. Stephen's extensive knowledge and experience has resulted in a number of favorable outcomes for the firm's clients.

Stephen graduated from Queens University with a Bachelor of Arts Honors in 1977. Stephen is also a graduate of Queen's University Law School. During his studies he was an avid tennis player and played for the Queen's tennis team. He articled in Hamilton and has since fell in love with the city.

Since being admitted to the Ontario Bar, Stephen has represented his clients in all levels of court in the province. With his uncompromising advocacy and admirable track record of courtroom victories, Stephen has earned the respect of the courts, his clients, and colleagues.

Although Stephen is a trial lawyer, he takes steps to keep his clients from having to face the full trial process by resolving cases expeditiously and often out of court so his clients avoid a lengthy criminal prosecution.

In his career as a criminal defense lawyer, Stephen has interviewed thousands of witnesses, cross-examined countless police officers, and has protected his clients from being wrongfully convicted. Stephen has the skills and expertise needed to successfully defend your case. 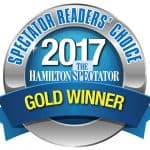 WE WOULD LOVE TO HEAR FROM YOU

No Obligations, We are here to help you!

Let our experienced and caring legal team help you with your legal needs. We specialize in criminal, real estate, and personal injury files.